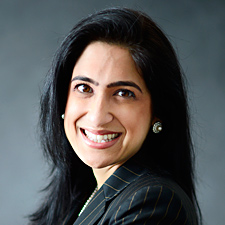 Zahra N. Jamal is CEO and President of The Inclusion Expert and Associate Director at Rice University’s Boniuk Institute for Religious Tolerance.

As an award winning former-faculty member at Harvard, MIT, and the University of Chicago, Zahra has addressed the United Nations, G-20 Interfaith Summit, and her research has circulated at the White House.

Zahra has consulted for 20+ years on diversity in religion, race, gender, and generation for the US Department of Sate, US Department of Justice, Canadian War College; Fortune 500s including Facebook, Goldman Sachs, Siemens, DHL, and Disney; and nonprofits including Aspen Institute, Junior League, the Tanenbaum Center, and the Aga Khan Development Network.

Zahra received her Ph.D. in Social Anthropology and Middle Eastern Studies from Harvard and is a Certified Diversity Professional.